Little Rock artists are documenting the history and struggles of their community.

For two hot September days in 2020, Adaja Cooper labored over Ain’t I A Woman, her contribution to Little Rock’s 7th Street Mural Project. Upon laying the final brushstrokes, Cooper stepped down from the scaffolding, her arms and shoulders burning from the physical strain, but her heart full. As her first mural and largest work at that time, Ain’t I A Woman represented a major turning point in her artistic career.

Its title a reference to a Sojourner Truth speech, the mural depicts a Black woman embracing herself, head buried in her knees and back to a wall of names belonging to Black women like Sandra Bland and Henrietta Lacks who have died or been abused by systems entrenched in structural racism.

A few days after painting her mural, Cooper woke up to messages that an unknown vandal had coated the mural in opaque swaths of black paint overnight, obscuring nearly every inch of Cooper’s painstaking work.

José Hernández, de facto leader of a loosely-formed artist collective, arrived on the scene early that same morning. He and fellow muralist Jermaine Gibson quickly stripped away the water-based paint with chemicals that wouldn’t destroy Cooper’s oil-based handiwork. By the time she arrived hours later to repaint, Cooper was shaken, but relieved to see the cyan blues and ochre browns of her mural again.

Vandalism is common with public art, but when the art supports social justice causes, it can become a vehicle for intolerance and hatred. Since the project’s 2015 launch, the murals have been defaced multiple times, including with paint balloons and spray-painted swastikas.

“It’s not a coincidence that nearly every time the 7th Street mural has gotten defaced, there’s a pro-Trump or a pro-white supremacist rally at the Capitol. The [mural] wall is within walking distance,” Gibson says.

Artists repair the damage each time a mural is vandalized, often paying out of pocket for the expenses. Though muralists can seek financial assistance from a modest community-organized fund, most have to cover painting expenses on their own, which adds up. A small 12-foot-by-5-foot panel can cost $250 to $300 in spray paint.

The damage to Cooper’s mural felt more deliberate than the usual hastily-executed vandalism. The black paint, spread methodically with a paint roller, served as an ugly, physical reminder there are those who want to silence calls for racial justice. When her mural was vandalized again three days later, Cooper says it hurt more because she wasn’t expecting the vandal to return.

“I knew I had to repaint it because I owed it to those women whose names were on the wall. I can’t let their names and the message be covered,” she says. “But it was really hard to get back out there….It’s mentally exhausting to have to paint trauma because that’s what it is — it’s interpreted trauma.”

There has been talk of installing cameras and reprimanding the vandals — the city of Little Rock installed a camera nearby — but many artists don’t want to go after the culprits or involve the police.

“We don’t want to humanize them…the vandalism just represents hate. That’s all it is,” artist Nicole Stewart says. “It’s pointless to get invested in finding out who it is. That would take energy away from what we’re doing, which is promoting a message of unity and positivity.”

The defacement was not surprising to Hernández who says conflict is to be expected when creating art supporting social justice.

“We’re going to get hurt, but it’s all for that fight, fighting for that just cause and spreading the message,” he says. “That it gets defaced just proves that we’re actually getting heard. People are actually responding to this — negatively or positively.”

Unlike the dozens of city-sponsored murals that sprang up across the nation in the wake of George Floyd’s murder — which have been criticized by some as being pacifiying gestures from city governments instead of meaningful change — the 7th Street murals are an ever-evolving forum made for the people, by the people. When the news of George Floyd’s murder broke in May 2020, Gibson and Hernández moved swiftly, lugging with them all the scrap paint they could find to create the more than 20-foot-tall portrait.

Before 2020, additions to the 7th Street mural were centered around the annual Peace Week celebrations in September and sporadic otherwise. Hernández and Gibson’s portrait of George Floyd set a match to kindling. The murals saw unprecedented expansion and an unprecedented amount of visitors. With locals using the murals as a backdrop for graduation and anniversary photos, they have become just as much a Little Rock landmark as the state capitol building or Clinton Presidential Library.

“I’ve seen whole families out here with old-school grandmas out there in front of the George Floyd panel,” Gibson says. “I’ve seen little kids pull up there and look at George Floyd’s face and start crying. They can’t handle it because they know what it means.”

Born and raised in Chicago, Gibson grew up with graffiti culture at his fingertips. That changed in 1996 when he moved to Little Rock, which was then a relative graffiti desert. Along with artists like Hernández and Smith, he is the author of a homegrown vein of Arkansas street art, which some might consider at odds with Walton-backed public art initiatives that prioritize out-of-state artists.

Unlike galleries where sometimes only the elite are given access, public art is available to all, Hernández says. In the case of the 7th Street murals, the project’s growth has uplifted the community.

“A nearby couple helps clean the whole street. There’s a guy that comes out now to trim all the bushes…It’s instilled pride in the community and a sense of ownership in the city,” Hernández says. “That goes a long way, especially for people of color.”

As with many cities in the South, Little Rock’s topography bears the scars of slavery and segregation. One mile south of 7th Street lies Central High School, made infamous nationwide by the white mobs who heckled and abused the Little Rock Nine, the Black students who first integrated the school.

Two miles east of 7th Street lies Broadway and Ninth Street, an intersection at which a mob of white rioters participated in the lynching of John Carter in 1927. Two blocks north of the murals lies what remains of West Ninth Street or “The Line,” a bygone locus of Black business and entertainment that emerged from the log cabins where freed slaves once lived and, at its height, was once a tour stop for the likes of Billie Holiday, Duke Ellington and Count Basie.

Authorized by the Federal Housing Act of 1949, the Little Rock Housing Authority evicted Black residents and business owners from the area. The construction of Interstate 630, which followed in the 1960s, sealed the demise of West 9th Street and still acts as a divider between the majority-Black and -Latinx regions of south Little Rock and the majority-white neighborhoods of west Little Rock.

At 7th Street, Stewart enshrined The Line with a mural located at the steps leading up to White Water Tavern, a cherished local music venue. Stewart’s mural depicts trumpets, stringed instruments and a piano sitting like jewels in the dark velvet of a night sky. Below, a rainbow of illuminated storefronts memorializes Black businesses on The Line like Block’s Pawn Shop and Crenchaw Tailors and Cleaners.

The people who sang, danced and celebrated on 9th Street number fewer and fewer, but their stories live on thanks to Stewart’s efforts and those of organizations like Mosaic Templars Cultural Center and the Encyclopedia of Arkansas.

“The streets talk. The streets have eyes. They see everything and they have voices. In any city, [the streets] tell of what the city is living,” Hernández says. “That’s what public art is. It’s a record of our society and of our government and our history…Nobody else is telling our stories, so it’s our responsibility to do it.”

Hernández created the largest 7th Street mural which features the phrase “they tried to bury us, but they didn’t know we were seeds” emblazoned in green and gold. A rallying cry of the Ayotzinapa 43 protestors in Mexico, the phrase is indicative of the generative power of the murals. No matter how many times they are defaced, the artist collective is determined to keep painting, to keep fostering a culture of public art and dissent in Little Rock so that future generations may carry on the fight.

“Seventh Street will take on any barricades, any challenges that somebody tries to throw at us, and we’ll barrel right through them,” Gibson says. “There will always be a younger generation of artists who want to paint.” 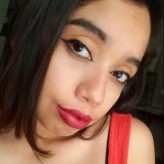 Sophia Ordaz is a Chicana writer based in Arkansas. She is currently a master's student in the Comparative Literature program at the University of Arkansas. At any given moment, you can reliably find her in a mosh pit, on her longboard or in bed reading a book.

Delta Dental Foundation Grants over $500,000 to Increase Access to Oral Healthcare in Arkansas